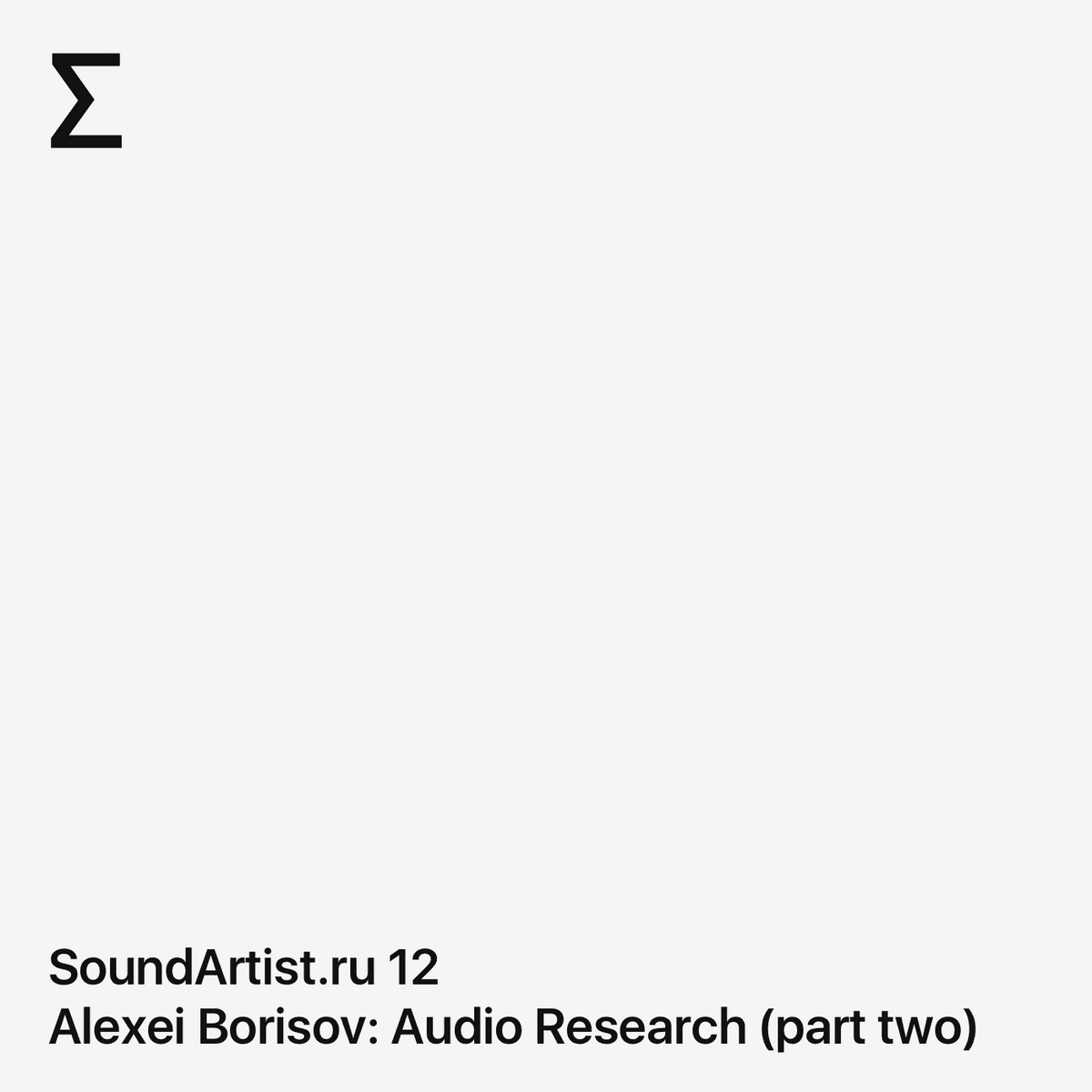 “This compilation is representing psycho geographic aspect of my work.

”All tracks/fragments have been recorded during my visits to different cities over the last 5-7 years. I tried to reflect the local atmosphere, reality, myths and traditions using a cheap radio set and some musique concrète technique. Another important aspect of this selection is the use of human voice as an instrument, plus poetry and spoken word experience as an integral part of each performance. For example, the very first track is based on voice of Alexey Kruchjonikh and his poetry, recited by myself.

Other episodes from Alexei Borisov