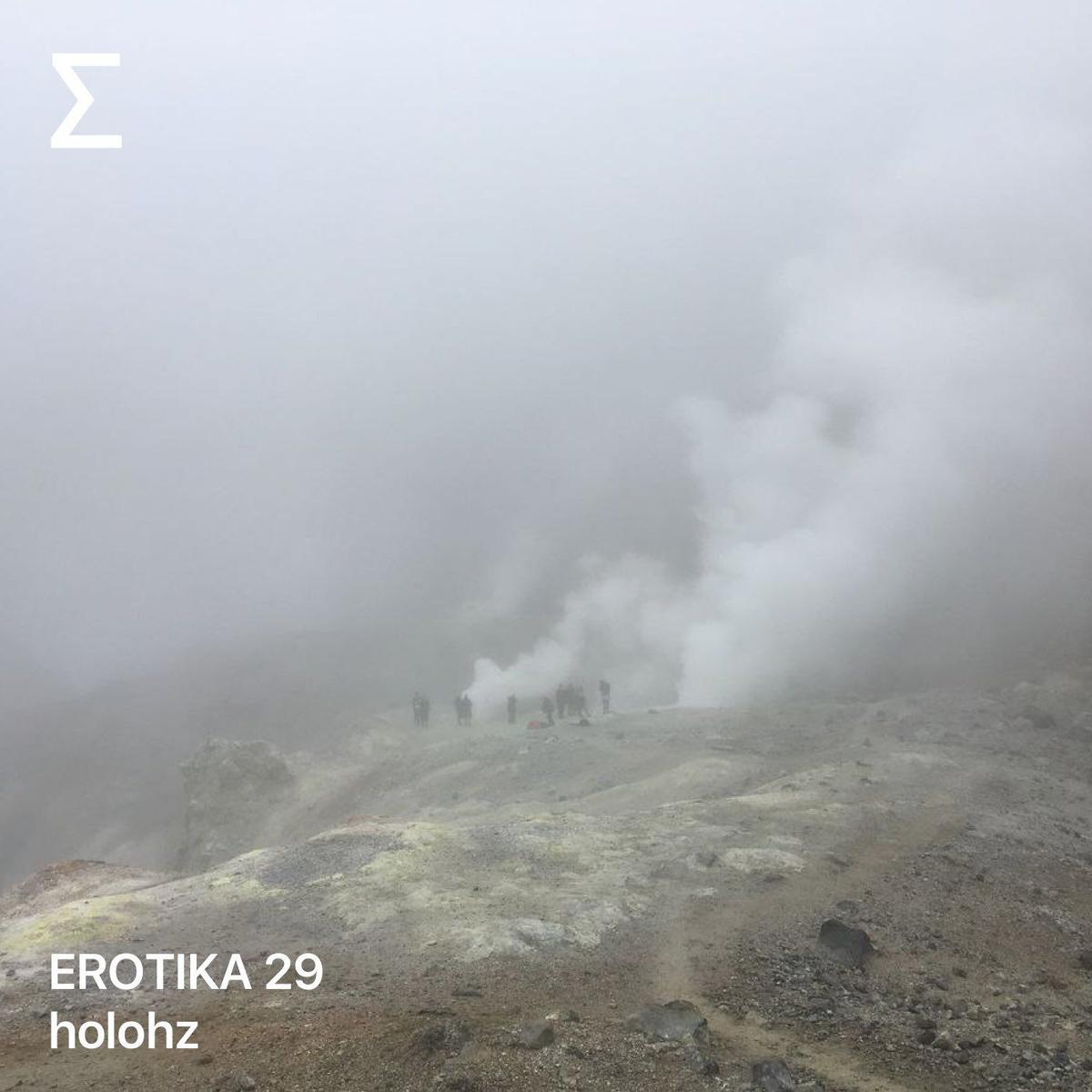 In this mix by the Moscow-based sound artist Yulia Glukhova (holohz) harmony meets dissonance, while sounds of nature and field recordings transform into rockfalls of noise and industrial.

Yulia Glukhova:
“The picture was taken during our journey to the Mutnovsky volcano. That day, a rockfall happened. Suddenly it sounded like thunder and then you could hear pieces of rock jumping around and pouring down, but their source and direction were not clear.
Many were upset by the fog that made our surroundings very hard to see that day. For me though, digging through your own path instead of simply following it is the most valuable thing that could happen on a journey. Even though the fog is there for everyone, you’re still alone in it and getting through is like digging up a new way of thinking — and the longer search, the more precious is the exit. Especially if there was no good news for quite a while.”

Other episodes from EROTIKA