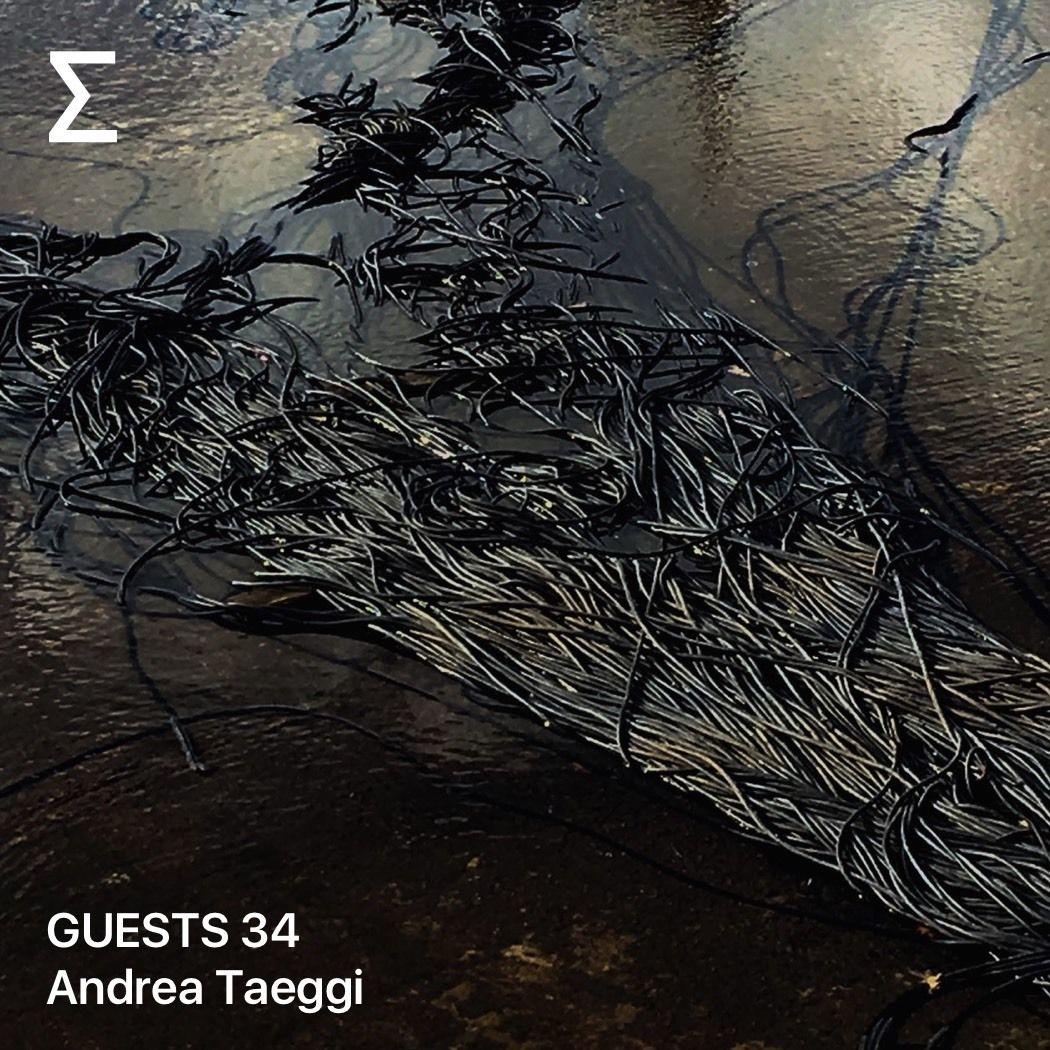 "I thought I'd write a little accompanying text to this mix, since this isn't common practice in these modern, time-hungry times.
This mix is about the diversity of musics which has influenced and contributed to my wide-ranging output. I'm in fact interested in seemingly opposite poles, from sound-art, live-electronics, electro-acoustic, (club oriented) electronic music, sound-design, uk bass, grime...all this sprouts in the same garden or is part of a bigger whole for me. I tried to connect the dots and find a through-line, a bridge of sorts that works as a transition from apparently very far-apart territories.

02. Christophe Guiraud, excerpts from "Kleiste ta Matia - Odysseus, Kissed skin - PART II." (Hiera Picra Hellébores Collection 2011-2016) [Sub Rosa]
He's one of the nicest discoveries I've made lately. The way Christophe paints stark, evocative, imaginative, bizarre, quasi-comical moving landscapes truly leaves me in awe. I was surprised his name hadn't come to my ears earlier...I find his work some of the most tasteful, honest and skillful I've heard in a long time coming out of that side of things.

03. "Gossiwors", Andrea Taeggi, [Unreleased]
Inspired by Christophe's work and others, I put together a little piece made with field recordings of water, early spring birds and goats. I normally have this as an outro to live shows, so I'm glad I've managed to use it differently here.

04. "Nomeri – Tere", Andrea Taeggi, live excerpts from release show Luzern 2018
Radiosygma was interested in some live-show excerpts and here they are. I released a record called "Nomeri – Tere" earlier in 2018, via label Präsens Editionen and these excerpts are coming from that release show indeed. The studio album contains thorough manipulations of recordings of a prepared piano. This music originated from the need to tie things together with my past as an (experimental) pianist and to incorporate new sound-treatments and compositional practices I've discovered only later throughout the years.

05. "Juba", "Ibo", "Contredance", Drummers Of The Société Absolument Guinin - Voodoo Drums [Universal Sound]
This track bundles up with the opener in terms of my passion for ethnic music from around the world...in another sense it foreshadows my interest and work with rhythm, which will become clearer later in the mix.

06. "A1", De Leon [Mana Records]
This is something I stumbled upon quite randomly, during some internet zapping and music shopping. I loved it..! Again, this works as a perfect transition from acoustic, ethnic, ceremonial music with beautiful gamelan bells to a more modern approach at producing and composing. It sounds like esoteric ritualistic music from an imaginary remote island. You soon start to notice the playful and "phoney" ethnomusicologist behind the curtains...

07. "Gylany", Andrea Taeggi (Zimní Král) [SM-LL]
This is the closing track of side A of my very recent "Zimní Král" vinyl LP, released via SM-LL on September 1st. Expect some hair-combing heavy-weight bass pressure. It won't make much sense unless you have good headphones or full-range speakers...This track is part of a big project I did the Willem-Twee synthesis studio in Holland and it shows my interest in cyclical, hypnotic, rhythmical structures. N.B.: contains a high percentage of void.

08. "02 15-24", Typeface - (Default 0009-08) [SM-LL]
Typeface is the most prominent SM-LL's recording artist, showcasing at best the label's manifesto: "Repetition, Reference, Reduction". I think his work could be termed as "neuroacoustic", in the sense it draws elements from psychoacoustic research (the perception of steady-state sounds as heard from different corners of a room and how that changes based on your position) together with the explorative power of repetition. Like a mantra, it prods listeners as to sharpen their ability to focus and concentrate on details, while certain elements slowly shifts and constantly evolve. I think this music is some of the most extreme and authentic i've ever heard and it requires a proper "set of keys" to be able to access it...awesome when that unlocks.

09. "Hyperuniformity", Gondwana [unreleased]
I thought of closing with a little unreleased bit from my ubiquitous alter ego. Nothing to be taken too seriously, but it goes to show my affection to deep bass, groove, melodies and having a good night out every now and then. The title refers to recent discoveries that the series of prime numbers and the geometry of crystals have something in common in terms of ratios. Spooky actions at a distance..."